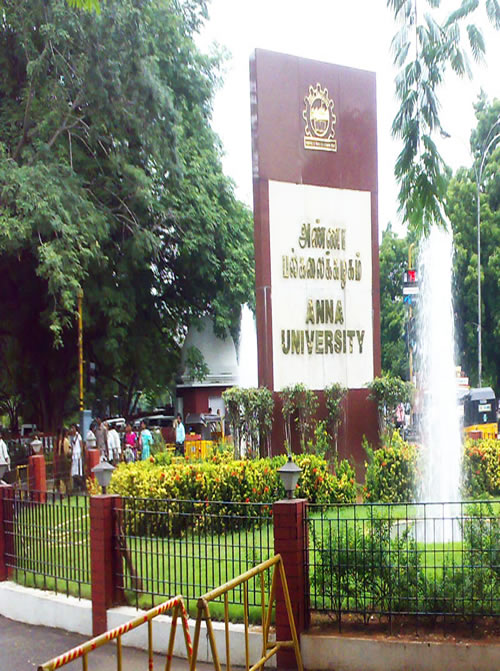 Anna University was established on 4th September, 1978 as a unitary type of University. This University was named after Late Dr.C.N.Annadurai, former Chief Minister of Tamil Nadu. It offers higher education in Engineering, Technology, Architecture and Applied Sciences relevant to the current and projected needs of the society. Besides promoting research and disseminating knowledge gained therefrom, it fosters cooperation between the academic and industrial communities.

The University was formed by bringing together and integrating four well known technical institutions in the city of Madras (now Chennai) namely, 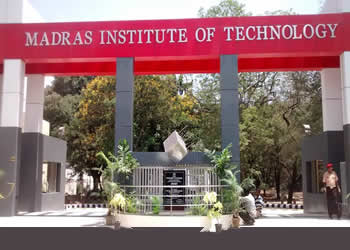 School of Architecture and Planning

Ph.D Onroll in other campuses

Message from the Vice-Chancellor 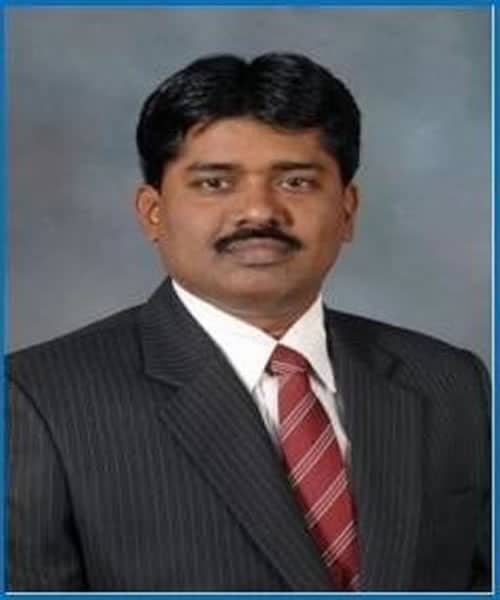 The major vision of Anna University will be towards developing a sustainable higher education system, through
a) delivery of state of art teaching and learning, b) research and innovation, c) creation of entrepreneurial ecosystem, and d) outreach activities addressing the social, economic, and environmental targets. The core objective of the University is to work for the upliftment of the humanity at large.

We are receiving increasing recognition and accolades nationally and internationally; we have been scaling greater heights in University rankings and are committed towards attaining even better position in the coming days. We have ambitious plans to demonstrate exponential growth in the coming years. Our academic departments and research centres span the fields of engineering, technology, science, management and architecture working in collaboration with regional and national partners to find pragmatic solutions to a wide range of societal and business challenges

Untiring efforts will always be invested in revamping the curriculum with contemporary methods of blended learning, and the focus will be towards attaining academic excellence. Effective strategies will be implemented towards: creating a Multidisciplinary research ecosystem - Translating research into innovation - Product development - Technology Transfer - Business Incubation - Creating Job givers instead of Job seekers. In addition to the above, we are consistently striving towards establishing an efficient and continuous Internal Quality Assurance System - Best practices - Benchmarking - Green initiatives. The university is situated in a serene environment. The serenity along with a multifaceted structure of curricular, co-curricular and extra-curricular activities will shape a holistic - physical, mental and intellectual growth of students.

The present governance of Anna University assures a transparent management system with participative organizational structure, motivating the star performers through awards and incentives. The University puts in sustained efforts to create brand equity in all its intellectual pursuits.

On behalf of the University family, I wish the students enjoyable learning experience while pursuing their objectives, making the University proud of their attainments. I assure the students that your talent will be honed and you will be exposed to cutting edge and competitive environment through your zealous participation in the corporate life of this great alma mater. Anna University - the exemplary temple of learning has created several eminent personalities in the past and we hope to see more in the near future.

Anna University congratulates all the Medal winners in Khelo India University Games - 2022 for their accomplishments by securing the 13th position at the National level and 1st position in Tamil Nadu. Anna University Vice-Chancellor Prof. R.Velraj with the Khelo India Games medalist and AUSB officials. 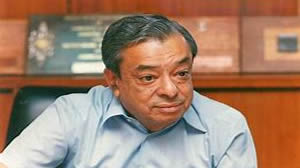 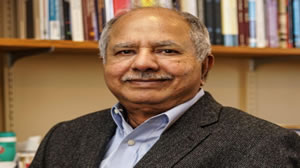 Indian Author,Novelist and Screenwriter in Tamil 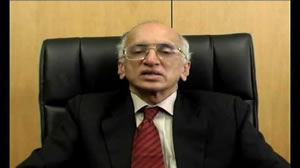 Former Director of the Indian Institute of Technology, Madras 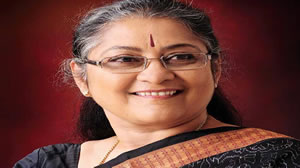 Co-founder of IT company Mindtree Indian space scientist who served as the Secretary of the Department of Space, Chairman of the ISRO and Space Commission

Executive Chairman of the Murugappa Groups 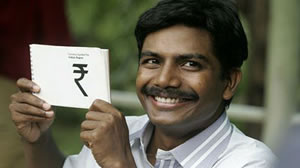 Dr.A.P.J Abdul Kalam was an Indian aerospace scientist who served as the 11th president of India from 2002 to 2007.

Verghese Kurien is graduated in Mechanical Engineering from College of Engineering Guindy.

Verghese Kurien known as the "Father of the White Revolution" in India.

In 1949, Kurien was sent by the government of India to its run-down, experimental creamery at Anand, Bombay province (later Bombay state and now part of Gujarat state since 1960) to serve five years as an officer in the dairy division

Srikkanth is an Electrical Engineer who graduated from College of Engineering, Guindy in Chennai. He is a former captain of the Indian cricket team and former chairman of the selection committee.

Also, he is a commentator for the TV Network Star Sports Tamil. He is also included to the panel of All India Council of Sports (AICS) as a member in January 2020.

KK graduated in 1979 with a degree in Mechanical Engineering from the College of Engineering, Guindy, Chennai, India.

Kailasavadivoo Sivan (born 14 April 1957) is an Indian space scientist who served as the Secretary of the Department of Space and chairman of Indian Space Research Organisation and Space Commission. He has previously served as the Director of the Vikram Sarabhai Space Center and the Liquid Propulsion Systems Centre.

Sivan is son of a mango farmer and studied in a Tamil medium Government school in Mela Sarakkalvilai Village and later in Vallankumaranvilai in Kanyakumari district. He is the first graduate from his family. Later Sivan graduated with a bachelor's degree in engineering from Madras Institute of Technology in 1980. He then got a master's degree in aerospace engineering from Indian Institute of Science, Bangalore in 1982, and started working in ISRO. He earned a doctoral degree in aerospace engineering from Indian Institute of Technology, Bombay in 2006. He is a Fellow of the Indian National Academy of Engineering, the Aeronautical Society of India and the Systems Society of India.

Madaboosi Santanam Ananth is an Indian academic who served as the director of the Indian Institute of Technology, Madras from 2001 to 2011. He was presented with The Herdillia award for excellence in basic research in chemical engineering.

He did his schooling in Madras Christian College Higher Secondary School. Ananth is an alumnus of Alagappa College of Technology, Chennai, where he completed his bachelor's degree in chemical engineering with a gold medal.

Narayanaswami Srinivasan (born 3 January 1945) is an Indian industrialist. He is a former Chairman of the International Cricket Council (ICC) and former President of the BCCI, the governing body for cricket in India. He is also the managing director of India Cements Limited.

Dabbala Rajagopal "Raj" Reddy (born 13 June 1937) is an Indian-American computer scientist and a winner of the Turing Award. He is the first person of Asian origin to receive the Turing Award, in 1994, known as the Nobel Prize of Computer Science, for his work in the field of artificial intelligence.

Raj Reddy was born in a Telugu family in Katur village of Chittoor district of present-day Andhra Pradesh, India. He received his bachelor's degree in civil engineering from College of Engineering, Guindy, then affiliated to the University of Madras (now to Anna University, Chennai), India, in 1958, and a MEng degree from the University of New South Wales, Australia, in 1960. He received his PhD degree in Computer Science from Stanford University in 1966.

Sheila Sri Prakash (born 6 July 1955) is an architect and urban designer of Indian origin. She is the founder of Shilpa Architects and is the first woman in India to have started and operated her own architectural practice.

She attended the Rosary Matriculation School in Chennai and attained a pre-university degree from Stella Maris College, Chennai. She enrolled in the Bachelors in Architecture from the Anna University School of Architecture and Planning in 1973, at a time when there was a strong bias against women entering the field, and attended the Harvard Graduate School of Design's Executive Education Program.

S. Rangarajan (3 May 1935 � 27 February 2008), better known by his allonym Sujatha, was an Indian author, novelist and screenwriter who wrote in Tamil. He authored over 100 novels, 250 short stories, ten books on science, ten stage plays, and a slim volume of poems. He was one of the most popular authors in Tamil literature, and a regular contributor to topical columns in Tamil periodicals such as Ananda Vikatan, Kumudam and Kalki. He had a wide readership, and served for a brief period as the editor of Kumudam, and has also written screenplays and dialogues for several Tamil films.

Udaya Kumar Dharmalingam is an Indian academic and designer noted for his design of the Indian rupee sign. His design was selected from among five short listed symbols. According to Kumar, the design is based on the Indian tricolour

Kumar attended La Chatelaine junior college in Chennai. He obtained a bachelor's degree in architecture (B.Arch) from the School of Architecture and Planning (SAP) at Anna University, Chennai in 2001. Subsequently he received his master's degree, an MDes in Visual Communication, from the Industrial Design Centre (IDC) of IIT Bombay in 2003. He also did his doctoral studies at the IDC, receiving his PhD in 2010.

Dr Thirumalachari Ramasami Former Secretary to the Government of India in the Department of Science of Technology, is a technologist-turned-scientist and a scientist-turned-civil servant. He served as the Director of the Central Leather Research Institute, Chennai, India. He is a distinguished researcher and leather scientist. He was awarded India's National Civilian Honour the Padma Shri for excellence in Science and Engineering in 2001 and the Padma Bhushan in 2014. He was awarded the Shanti Swarup Bhatnagar Award, the highest award for science in India, for notable and outstanding research in Chemical Sciences in 1993. He is an elected Fellow of Indian National Science Academy, Indian Academy of Sciences, National Academy of Sciences of India, Indian National Academy of Engineers and Third World Academy of Sciences.